Winners of the Rushcliffe Quads Athletics

On Friday, 10 children from years 4 & 5 represented the Borough of Rushcliffe in quads athletics at the Nottinghamshire School Games. Over 1000 children were competing in a whole range of sports from both primary and secondary schools and it was a really big event for our team. After the opening ceremony, the children began their competition in throwing,  jumping sprinting and running.  Similar to the decathlon and heptathlon events the children scored points based on their times and their distances but it was incredibly hard to know how we were doing compared to everyone else. The children were definitely doing their best but the with the best schools from each borough of Nottinghamshire against them – the were definitely feeling the heat with only 1 or2 wins in the sprints and the 400m. However our team were made up of some fantastic throwers and jumpers and their times in the running were very good – the boys all posted personal best times in their 400m runs even though they weren’t past the post first! Mr B couldn’t have asked for more! It was therefore a bit of an anxious wait for the results  - all we knew was they we’d tried our best. As the results were read out from 8th to 1st we couldn’t believe what was happening – our name hadn’t been read out – suddenly we knew we had a medal but which colour? It turned out to be GOLD! The team had won and not only that, due to their sportsmanship, behaviour and teamwork our children were awarded the trophy for ‘Spirit of the Games’.  WOW! A DOUBLE WIN for ROTJS! Mr B was so proud of the team who enjoyed a magical moment when they were awarded their gold medals and trophy on the stage during the medals ceremony. It was an epic day.

Year 3 and 4 County Champions! (report by Mr Burdes) The sports hall athletics season came to a thrilling climax with the Nottinghamshire County Finals for years 3 & 4. After several weeks of training the squad was ready to do their best. The county final was a fantastic event which was incredibly competitive. The children were pushed all the way in all of their events. The standard (and speed) of the races was unbelievable and the children were delighted to win a few, there were many moments of brilliance and lots of super team work but we had no idea where we would be in the results. As the organisers read out the points we crossed our fingers and were stunned to hear that we had won! Well done children for all your commitment and team work. You never gave up and you did your very best and should be very proud to be a county champion!

Year 6 Boys Football Tournament. Mr Rossington and I had the pleasure of taking a Year 6 boys football team to the Rushcliffe Football Tournament on Saturday morning. The boys played brilliantly, scoring, winning and drawing nearly all of their matches. Unfortunately, due to an unlucky last minute goal in an earlier match the boys did not go through. Their attitude and conduct throughout the morning was excellent and we are all very proud of them. Well done!

A huge well done to the Year 6 boys who played away against Candleby Lane before the holidays. Thank you Mr Rossington for taking them and to our parents for their support too. We are very proud of you. 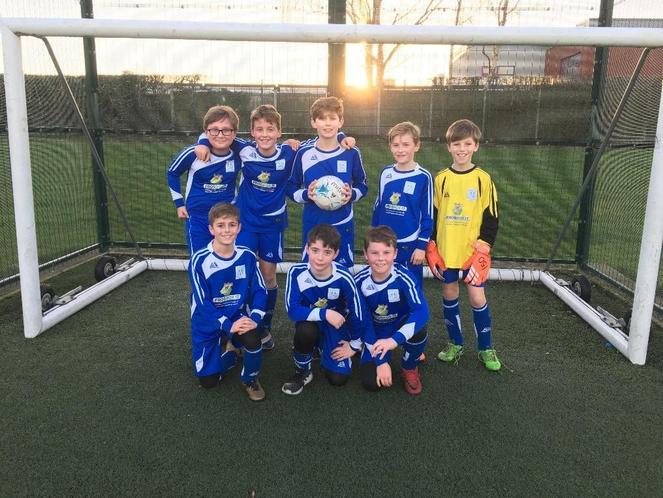 Mr Burdes and I had the pleasure of taking a team of our Year 5 and 6 athletes to the County Finals during our INSET day before half term. It really was a special event and we were so proud to watch our children represent Rushcliffe, competing with children from all areas of the County. Our team performed incredibly well against lots of other very talented young athletes. The standard was very high, the races were quick and close and our team worked very hard throughout the event. We are delighted that our team won a bronze medal and I would like to congratulate them all on their fantastic performances and sporting attitude. A big thank you to our parents and grandparents who came along to support us on the day and to Mr Burdes for coaching and organising the team. Well done everyone! 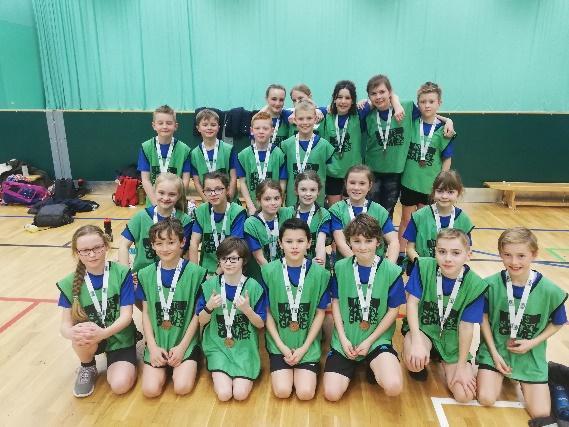 Last term 18 children competed in a swimming gala against 11 other schools. The children all had to swim an individual race as well as taking part in relay races.  This was the first taste of competitive swimming for nearly half our team and they did tremendously well to cope with the nerves as well as race. Our children swam so much faster than they expected and it was a delight to watch them enjoy their efforts. When all the scoring had been added up – they couldn’t believe that they had won! Beating a school which had (according to the timekeepers) had the fastest boy in the whole of Nottinghamshire – What a great team effort!

The team have now qualified for a county final. Good luck everyone and keep training. 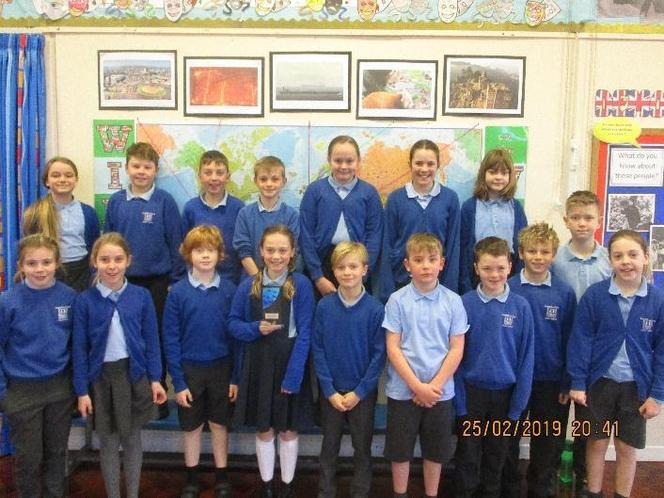 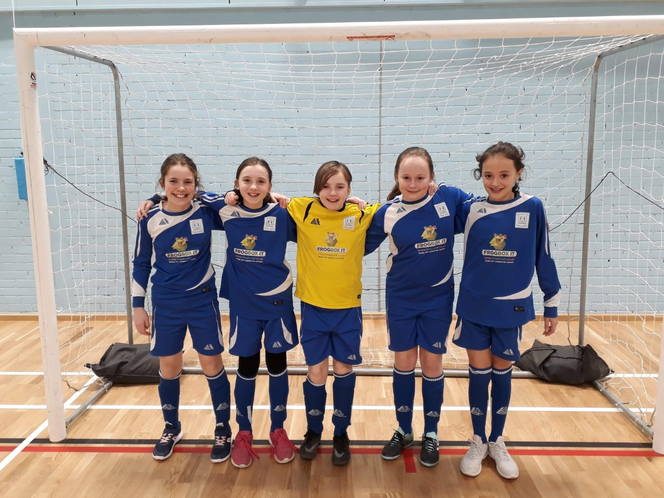 A huge well done to our Year 6 Girls Futsal Team, who took part in their tournament last week. Mrs Ejezie and Miss Marriot were very impressed with their positive attitude, their ability to work as a team and the improvements they made throughout the tournament, winning some of their matches. They were all a pleasure to spend time with too. Well done girls – we are all very proud of you

Our Year 6 Boys ‘kicked off’ our sporting year brilliantly at the weekend with a super performance at the Rushcliffe Football Tournament. Mr Rossington and I were incredibly impressed by the standard of football played by the team in a very competitive group. Despite not losing any of their matches or conceding a goal, our boys didn’t not progress on this occasion, finishing a very close second in their group. This team remain unbeaten in their last 20 matches for school, which I am sure you will agree is a brilliant achievement. Well done boys – we are really proud of you and look forward to watching you play your next game.